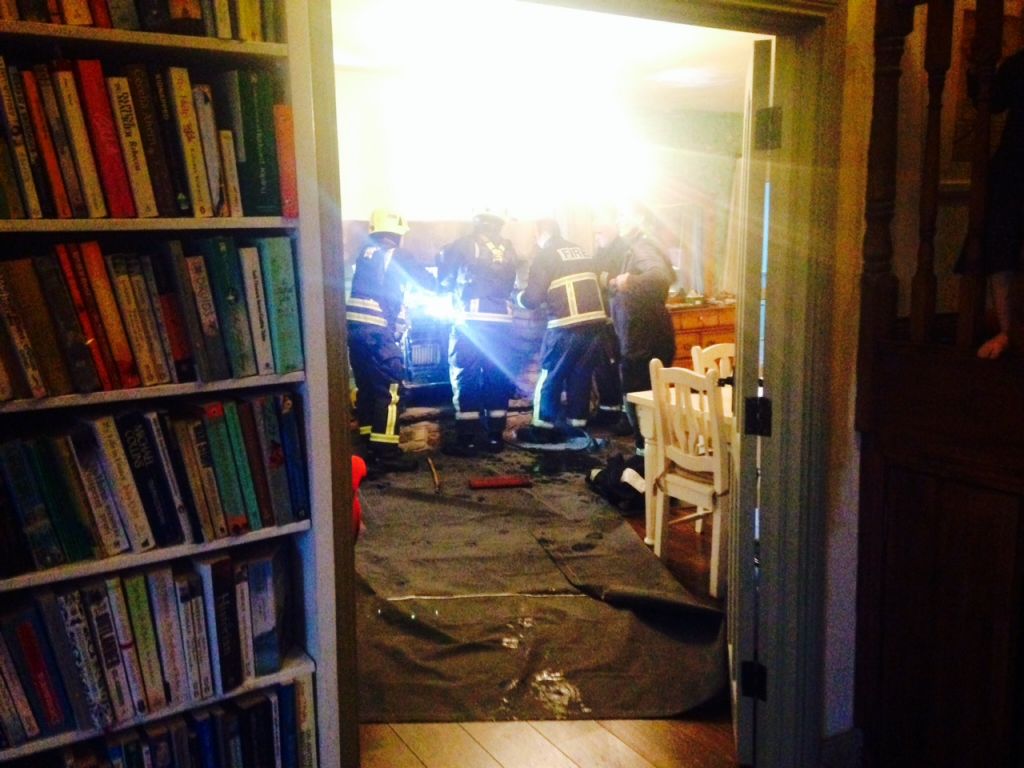 Continuing on from yesterdays post about our chimney fire on Friday, read it HERE and it all just happened so fast. I wasn’t long back from picking the girls up when I noticed a bright light in the stone alcove around the kitchen range. At this point Ernest Hemingway (our cat) bolted and the ‘light’ started to ‘roar’ in the chimney.

I could see billowing smoke outside and within minutes my uncle Tommy had arrived, he lives across the field from us and had seen what was happening. I was so relieved to see him. Heart racing I dialled 999 and told the girls to get their shoes on, all the time assuring them that everything would be fine and not to be frightened though I was frightened myself. By now the fire had intensified and cracking sounds were ricocheting up the wall, it was terrible. My thoughts raced from maybe needing to get out quick, to the house and even just the new wallpaper.

In the midst of it all I heard Sadhbh (3) say she wanted her tights, she’d been in her bare feet and Saoirse (6) explaining how it didn’t matter and helping her sister get ready quickly. She was so protective, guarding her little sister the whole time it really tugged at my heartstrings, how brave she was.

It seemed no time at all from I made the call to the fire brigade pulling up on our street. The near dark and black tree silhouettes, the muted colours of a chill November evening were no match for the gleaming shine of fire engines. The whole scene and experience were surreal. These contrasts and the speed at which it all happened, a reminder of how your whole world can change in just minutes. 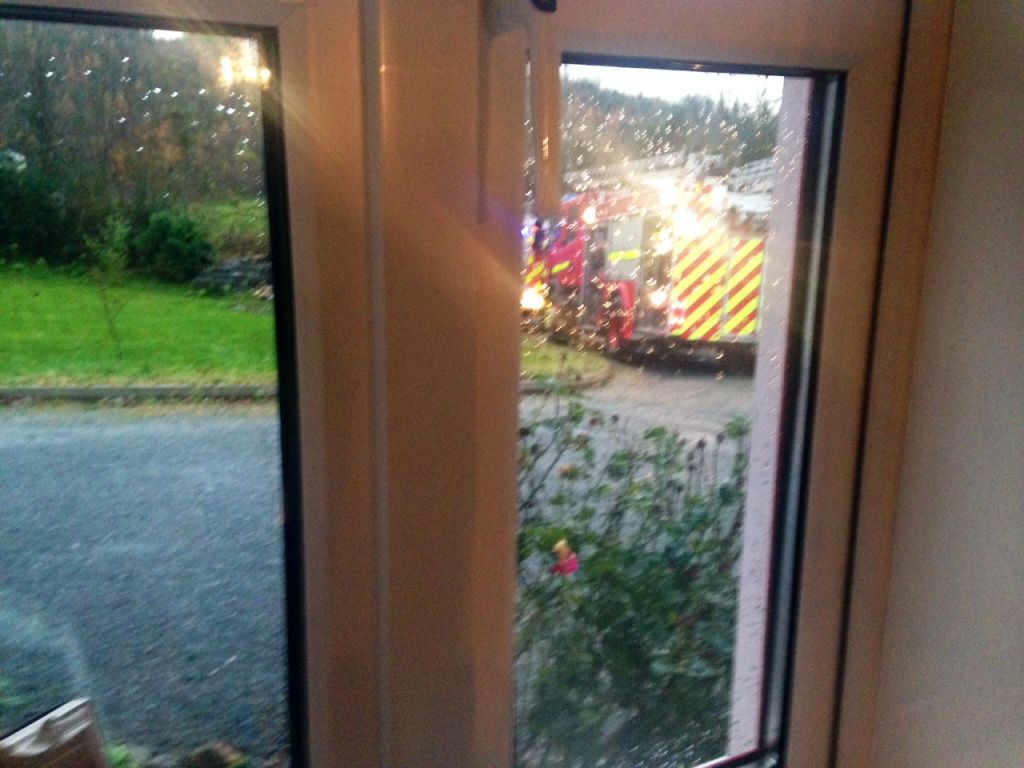 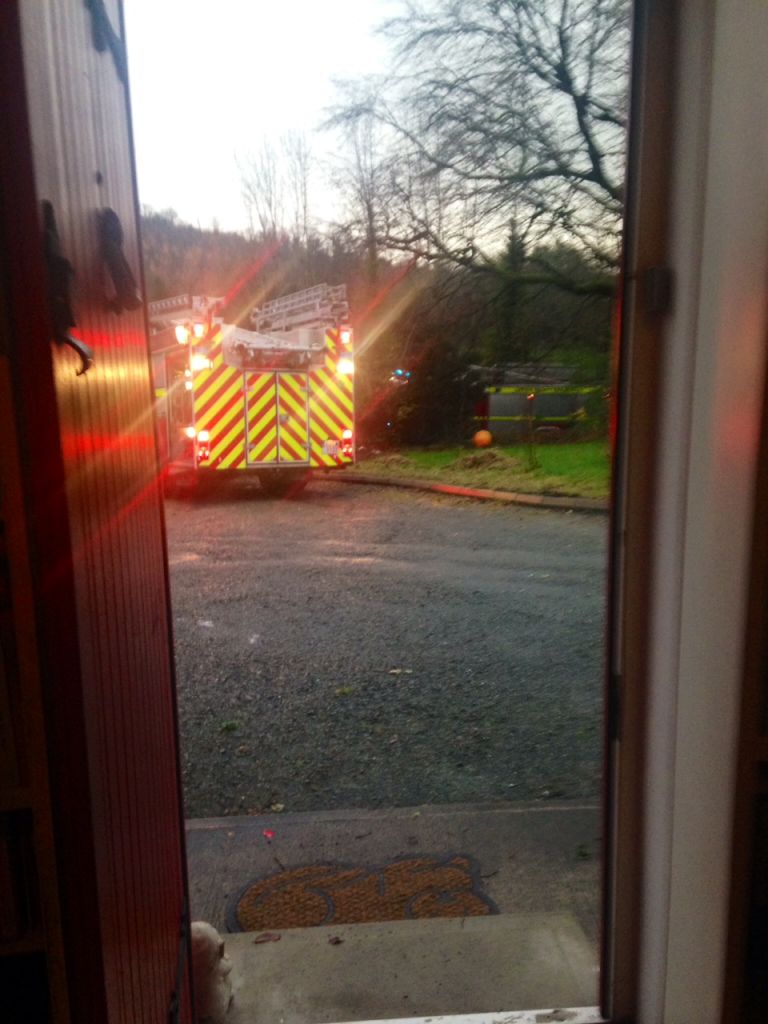 Of course living in a country place I knew all the firemen. It’s going to sound funny but the whole thing from this point reminded me of having a c-section. It’s the team at work, the skill and efficiency, they know and you don’t, or you hope. But a good team makes you feel better about everything and it’s very impressive to watch.  Surreal meets real. The fire was bad but the team were skilled and we were lucky. Plus as I said in my other post thanks to this fire a dangerous flaw we have since fixed was discovered so it turned out to be a blessing of sorts.

At last the firemen went back to their abandoned lives and cold dinners and I, not knowing what to do with myself, swept the floor and felt nauseuous. ‘It will be a few days before you feel right,’ my mum said. She was right, it does take a few days to recover from the fright that is a reminder of how fragile everything is.

That night we broke the rules and watched a Christmas movie with the girls. We laughed more and enjoyed it more, we stole more looks and thought more thoughts, for me, that’s a lot of thoughts. After the girls were gone to bed I said to Adrian,

‘The house could have burned down. What would we have done then?’