It started for me with a photograph… 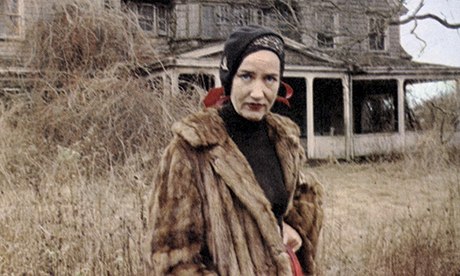 I have a predilection for all things figurative and female. A painting, a photograph, a book cover, everything means more with the inclusion of a female form and houses always make me think of the women who live or who lived there. There’s that special relationship always between women and their houses, they are always more there than the men are I think and you feel their impressions always, even in ruins.

So it was no surprise to feel myself drawn like a moth to a flame to this picture. A house and a woman, both glamorous, beautiful and faded but not those eyes. The gaze was intelligent, steady but what was it saying? It told of a past, there was a story there, but not a future? This would be an interesting person to know, after all it takes a certain je ne sais quoi to be dressed like this in such a place faded or not. She fascinated me.

By happy accident what I’d found was a photo of Edith Beale and her East Hampton’s home, Grey Gardens. Edith (Little Edie) lived here with her mother, also Edith (Big Edie), cousin and aunt of Jacqueline Kennedy, former socialites now living in squalor. A documentary made in the 1970’s about the pair was on a list of Top 10 Documentaries ever made and further digging revealed a movie starring Jessica Lange and Drew Barrymore from just a few years ago.

I posted the photo on facebook and never received such an emotive, a personal response. So many had not only seen but been affected in some way by the story. Some of my readers live near where the house stood, they grew up on the tales and then used to drive past hoping to catch a glimpse of the women or dare each other to sneak in and go peering in windows.

‘Unsettling, disturbing, inspiring, different, a thin line between eccentric and mad, tragic but compelling, amazing story of two amazing women, sad, two brave women and even wholly life changing’, were some of the words used to describe it.

Quite a reaction and to top it off so many said I would LOVE it. Truth was I already did.

This woman represented just one possible future I’d often imagined and laughed about with my sister. The day we’d hide away in a big old house and wear evening dress and hats every day and keep cats and be wholly contrary. So you see descriptions of this pair making cocktails in mayonnaise jars in their crumbling mansion by the sea, at first it sounded appealing. At first.

There’s a certain appeal in hiding, I think we all dream of that sometimes. The vital thing is to maintain standards, to have ‘luncheon’, dress up and wear lipstick. To dance and write poetry, to keep dreaming. The maintaining of glamour is key. The danger’s if you have a warden, when the refuge turns prison. Then even if that prison is one of your mind what’s the difference? You’re just as trapped.

In the past week I’ve watched the documentary and movie. First I was sorry I didn’t think to put the subtitles on the documentary and really I need to watch it again. The documentary in particular is tough viewing. My feelings with both ran the gamut of unsettled, confused, entertained, disturbed, charmed, sad, amused, deeply moved.

The waste, the what could have been, that was most terrible. 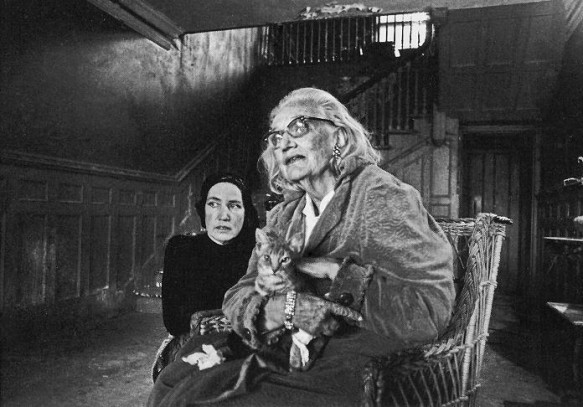 I felt protective towards them, of their house and lives, inexplicably annoyed at the authorities who came in to clear the place out. I can’t explain that one so much but I think I felt the violation they must have felt though goodness knows they did need help.

Edith and Edie had maintained glamour and standards but they couldn’t stop a mansion from crumbling around their ears and I wonder how much of that had they noticed? The intrusion must have been awful for them at the time. My feeling is that many women from the most equal societies to the least would relate to these women in their relations to the world, the house and each other.

I found young Edith magnetic, charming, funny, quirky, a pulls at your heartstrings person, you know them. To see her try to ‘decorate’ her room would surely move the hardest heart. I loved her clothes, she called them ‘costumes’ and her headscarves made from jumpers, adorned with brooches.

I admired her style in the absence of means and her voice was really gorgeous. I wasn’t so enamoured of mother darling and the worst part for me was her constant calling any time Little Edie was out of the room. That was really hard to listen to. I frowned a lot I can tell you. I could have listened to Edie talk and talk but this constant screeching from the bedroom, oh my God it was terrible.

I thought, so many things. Of our world before feminism, the hard choices for women, of loneliness and conditions like agoraphobia that keep people in. I thought of women today who are ‘stuck’ in their houses through virtue of small children and/or lack of support or transport or other things.

I thought of how once you get stuck it is hard to break out again and I thought of Ireland of the past where one child would stay single and live at home to mind parents, caretakers of the old until they themselves were too old to have an independent life their own. I thought too of how these two women were ahead of their time in so many ways in a time where that worked to enslave them.

I have to add a special mention for Drew Barrymore as Little Edie. I have found a new respect for her as an actress. A good example of the lack of roles for women perhaps. While Jessica Lange was great it was Drew who really impressed me. Fresh from seeing the documentary it was like watching Edie play herself.

‘There was a really good film with Jessica Lange and Drew Barrymore playing the Beales. called Grey Gardens. It was disturbing and fascinating in equal measure. I actually made a big change in my own life after I saw it, it effected me so much. What I took from it was the wasted opportunities the ladies had that manifested in the decaying house. the mother felt the daughter couldn’t exist in the outside world, then every attempt the daughter made to break free she had a self defeating, sabotaging behaviour that always brought her back. Young Edie did get away after her mother died, but it was really sad. I know it was more complicated than that, but I think what I got from it was that you have to keep moving or changing even in the one place or other wise the end result is entropy.’

I too believe we all have to ‘keep moving and changing even in the one place’. Thankfully for us these days we have the luxury of that but we’re not far removed from the times when that wasn’t the case for women, privileged background or not. If we should take anything from this story it’s to really live our lives.

If the Beales had not lived in prefeminst times how things would have been different for them? Perhaps then Little Edie could have realised the title that she gave herself in an old copy book from her childhood in which she wrote, ‘Edith Beale, Celebrated Poet, Author and Artist’

I will carry Little Edie with me with affection. 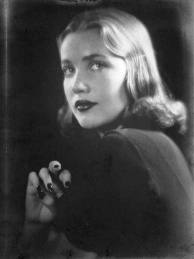 So what do you think? Does this story appeal to you? Have you already seen it? I would love to hear your thoughts. Have a great day x o Jane

Or try Netflix, I don’t have it but I’ve heard they are on it.