If You Can’t Take the Beauty, Get Out of my Kitchen 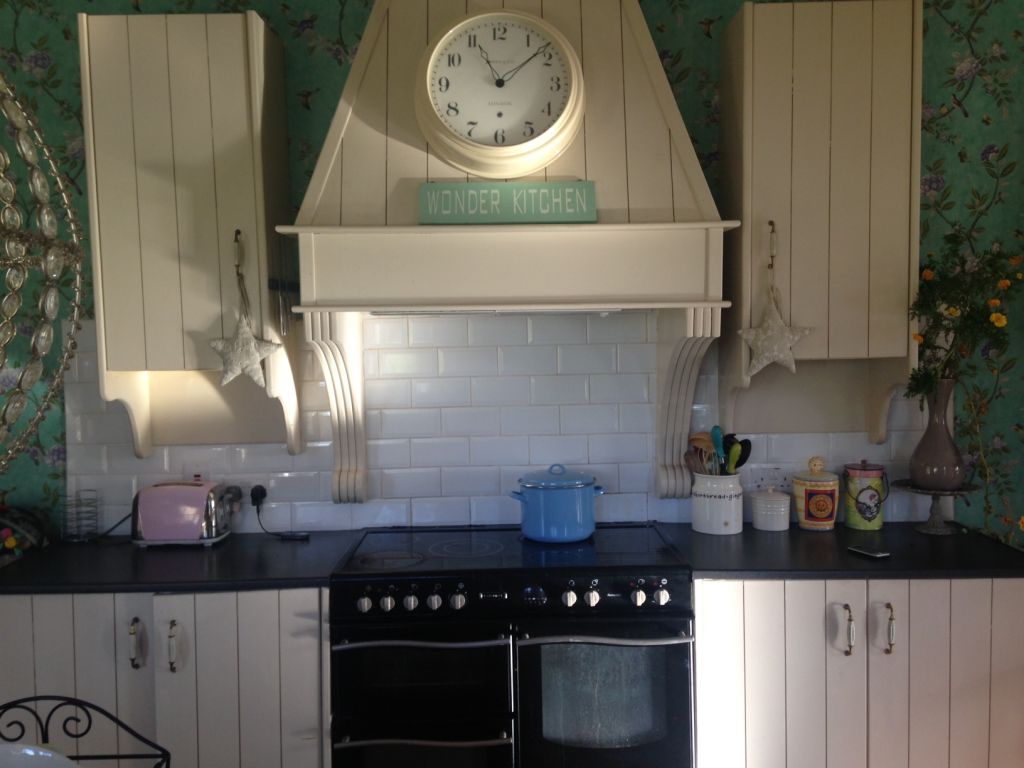 Our kitchen revamp’s not yet finished but it’s well underway. We’ve papered the two sides in our jade green, bird and vine wallpaper and painted the gable in pale blue grey. I’ve added some of my elegant ‘girl lamps’, changed some curtains about, painted the inside of the cupboards yellow and now I’m thinking art. I want to add something, still elegant but dark and brooding to balance things, something, mostly black.

Yes I do know if I want something like this I’ll have to paint it myself and I’ve noticed that the nicest things I want are always in my head and never in a shop!

Misconceptions abound and I’m often confused with someone who wants things to be pretty but pretty’s no good without something dark, quirky, or both.

I’m not into trends, rules or ‘show’ either, I just do what I like, that which seems beautiful to me. The end result should be WOW and cosy.

Sometimes people are surprised to see a family home decorated the way ours is but I’m against that idea and nothing is ‘precious’ here, in fact we’re very free with the children, they bounce on the furniture for example, just don’t tell them I’ve noticed. And it’s not like we’re going to replace things either.

Our intention is to wear everything out, and so far we’re making an excellent job of it.

We’re replacing virtually nothing that breaks down, ovens, electric kettles, car radios, dryers, hair straighteners, all gone, not replaced, not even missed. If anything I am getting a strange satisfaction from it, this dropping out or simplification of life, but beauty is different, I won’t compromise there.

I can cook and boil the kettle solely on my wood fired oven for two months and be happy as a clam at the saving but I won’t live in a room that’s bare. If I have to draw on the walls myself, a thing I have done in the past, I’ll do it.

Put it another way, I’d rather have art than a washing machine.

Incidentally one of the books I’m currently reading is ‘Among the Bohemians‘ by Virginia Nicholson. They ‘sacrificed luxury for liberty, showed contempt for convention and became pioneers of a domestic revolution.’

Our modern bohemian existence, born out of necessity, creativity and flair is also one of contempt for convention plus a desire for more self sufficient living, a small but potent move away from a consumer lifestyle, from the mentality at least. Yes, the mentality is long gone. A sign of the times for awakening people I think.

It’s true our girls, they’ve never been the type to ‘wreck’ things and considering their different personalities I think it’s just because they’re used to living this way. Also nothing has ever been out of reach so maybe that’s the trick. On the other hand they would never act as ‘free’ in someone else’s house but somehow we’ve managed to strike a balance with boundaries.

Our home is low on cost, high on glamour and very much lived in.

Some parents choose to live their lives between McDonald’s and magnolia walls.  Lets face it, I was never going to be that parent. I know these things are not important to lots of people. To me they’re important but also natural.

Yes wallpaper in the kitchen will get covered in grease, who cares!!! We’re not building this home to preserve it! Life is already too restrictive for our children, school, uniforms, homework, schedules and rules.

Home should be a place for self expression, however you define it, nourishing as a meal and different not ‘identikit.’

I notice a lot of so called ‘experts’ or enthusiasts are no different either, playing it safe, following trends, copying someone else and worse, not practicing what they preach themselves which is really unforgivable. How can you suggest to others what you don’t live yourself!

I suppose it can be scary but for me nothing’s scary as magnolia. And why is magnolia the paint colour, called magnolia? The most beautiful tree in the world is a magnolia but there’s more to it than creamy tint, there’s pink and purple, star and cup shapes, twisted branches, green leaves, ethereal beauty, elegance.

They won’t grow here sadly. They prefer the soil in Dublin, and who can blame them.

If the day ever comes I can find a pot large as a small house I’ll have my magnolia.

But wait, I lie, there is one. It’s at the homeplace of John McGahern, just outside the town, isn’t that interesting. 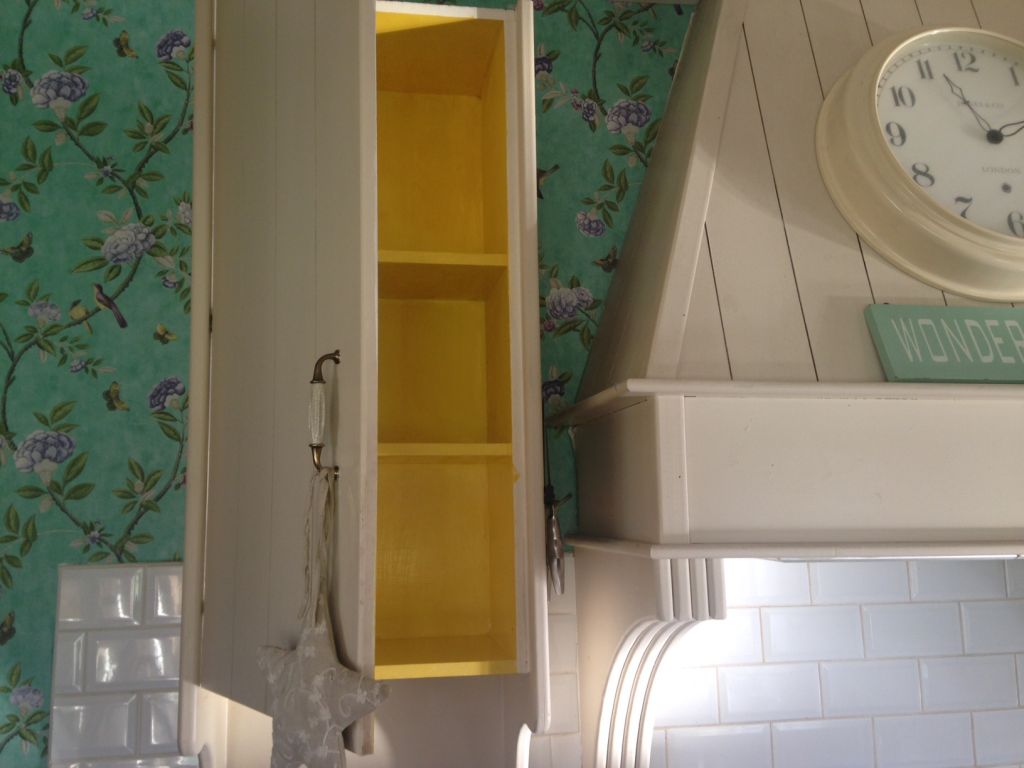 A quick snap while works underway, hence the wallpapering table and general mish mess plus ghosties but look at the light, it is lovely… 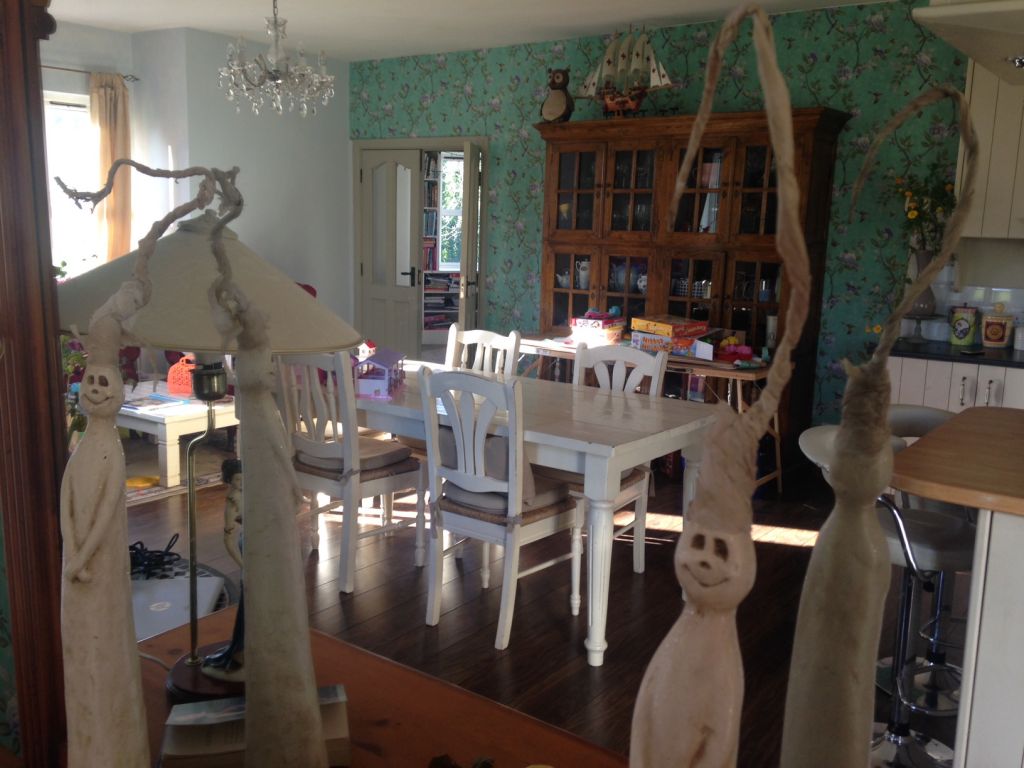 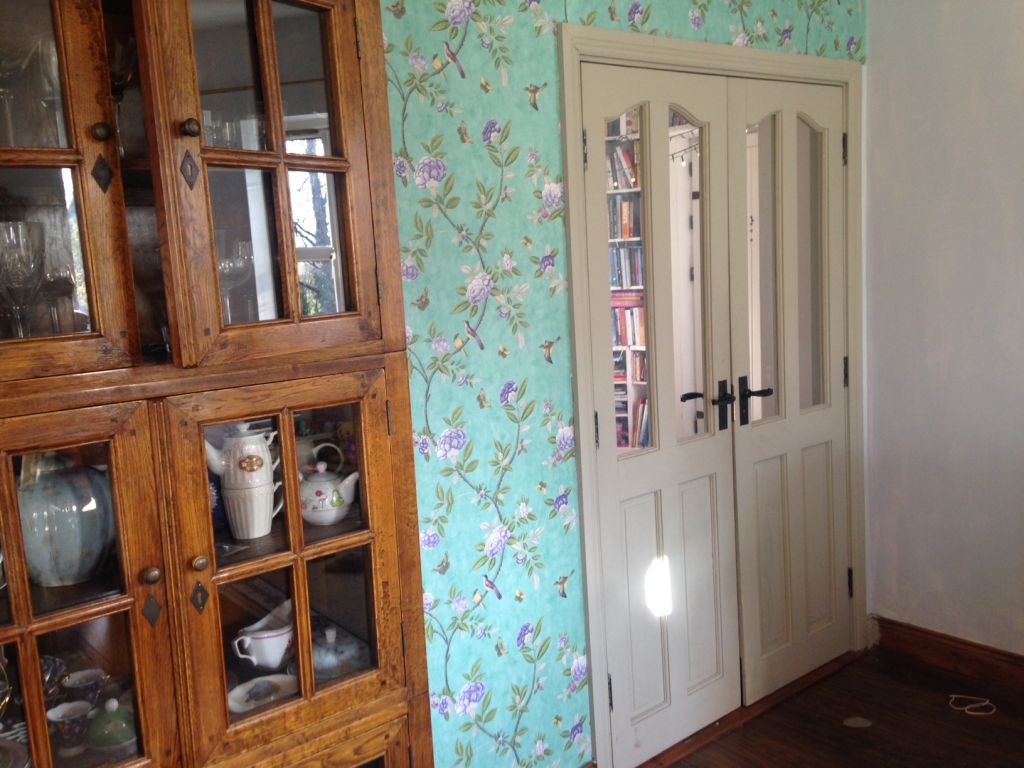 That’s it for now guys. If you want my advice it’s only this, be bold, decorate to create satisfaction for yourself and those you love and to hell with the rest. Come to think of it now, not a bad rule in general. Have a great day, chat to you soon : )

Author: Jane
Filed Under: Jane's Journal, We Can Do It - Tips for Creative Living
Is This Real Life or Just Fantasy?
Talk to Me

6 thoughts on “If You Can’t Take the Beauty, Get Out of my Kitchen”