I consider myself to be a fairly consistent thinker. I’ve always known my own mind and what I believe in so it’s been interesting for me to have certain strongly held beliefs eroded over the years.  The most shocking, the one you could never have made me believe is that a day would come when I’d be ashamed of being Irish and what that stands for. What does that stand for? 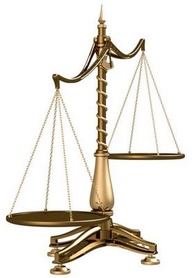 If you’d asked me a few years ago I’d have said it stood for great culture, indomitable spirit, the ability to fight injustice, to stand up, to survive, to be smart and savvy and to ultimately thrive. Ask me that today and I’d have to say it stands more for hopelessness, malignant shame and meekness, greed, corruption, inequality and injustice and lets not even think for a moment what the international press is saying about us… ok just one example.  Journalist and financial expert Michael Lewis interviewed in the Sunday Times (7/10/12) calling us ‘blissfully bonkers’ went on to say…’they (the Irish) seem inclined to put up with anything.  They almost enjoy the pain.  If you go to an Irish party the person who holds the floor is the one who has suffered the most lately.’ Nice…

As a mother of three children considering yesterdays budget I like countless others have to think about coping but I’m not having to think about it as much as my sister who has a special needs child and has been hit ten times harder as a result and guess what, I’m not ok with that!

So isn’t it time we did a lot more than the thinking and coping and that unique Irish action and expression of ‘giving out’ ?  When are we going to be truly angry?  We have just cause.  We used to live in a society where children could expect to do better than their parents but this is no longer the case and what I want to know is where is our personal responsibility in all of this and what can I do apart from use my vote which I’ve always done anyway? 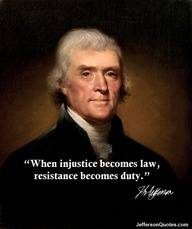 I’m not talking about accepting blame I’ve heard too many people wax lyrical about how we caused this situation and therefore have to take our medicine (what a mentality!) I’m asking the question genuinely because I can’t bear all this injustice and inequality on my doorstep, in my home, defining me, my culture, my country.

Just because I don’t have a special needs child, I’m not a carer or a single parent (anymore) does that mean I should have an ‘I’m alright Jack’  mentality and forget about the plight of others?    Am I to accept that we are living in the 17th richest country in the world with growing inequality, an ageing population, ever increasing poverty, emigration and illegal debt we can never pay?

Our tds and ministers have had ample opportunity to lead and it seems widely accepted that they are not leading so how long will we blindly keep following?  Voting the same people in and out and in again!!!!!!!!!!!

Maybe when the gap has widened to a chasm where the majority live with the reality of continued cuts, the erosion to their peace of mind, the realisation of a bleak future, maybe then…  If this doesn’t resonate then I congratulate you for you are from the other side with only your own conscience to examine, you’re ‘alright Jack’…

Author: Jane
Filed Under: Jane's Journal
I Ran Away With The Circus
Waiting for Christmas