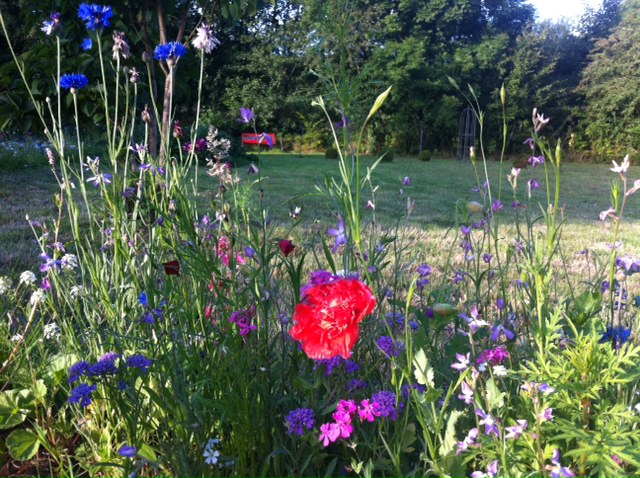 This is a simple post that deals with simple but important things. I’m not an economist, a politician or a food industry expert. I’ve just noticed that while we (in Ireland) wonder sadly, angrily what is wrong with us, why we aren’t taking to the streets in our thousands, why we aren’t railing against our governments past and present for their lack of ability, decency or leadership, a quiet revolution has in fact begun, a more powerful one than I think we sometimes realise.

We are living in a time of high level awareness and understanding of two things, economy and food. Never before in history has there been so much access to information.  Anyone on the street can and will converse knowledgeably on the causes of the recession, the impacts of austerity, the ins and outs of capitalism and the inner workings of government. Even children are doing it.

The recession has overtaken the weather as a point of conversation for Irish people but the subject of food, of what and how we eat has become an even greater one. We and it’s a trend around the world, have become obsessed with food and its good news for all of us. 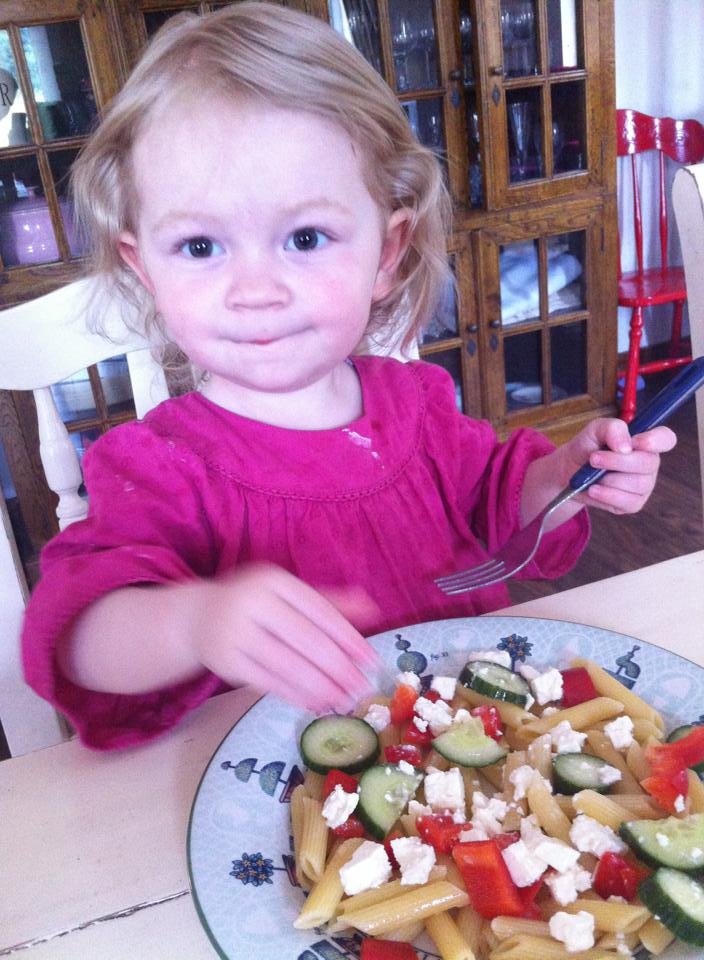 My realisation of a burgeoning home front revolution or radical home making as a way of taking back some power and control in our lives only dawned over the course of the past two years on the back of the longer held realisation that we are being exploited at every turn.

Turns out that there is plenty we can do about it. Most of you like me are already doing something about it either by choice or necessity with an ever dwindling budget, though you may not know it yet.

Just over two years ago the funding for my job ended. I have been unable to find another job since then and the big drop in income has been hard to come to terms with. Naturally we miss it but the thing is that somewhere along the way something clicked in me.

While I missed work and didn’t relish full time motherhood on many levels I could also appreciate the value of being with the children while they’re little and I didn’t have to choose or not choose which freed me from the stigma that society puts on women, or men, who choose to stay at home with children. Because if we’re at home we’re not consuming and we’re not doing the work that corporate capitalism wants us to do which is paid work so that we can keep on consuming and be seen to be ‘valuable contributors’ because the work of mothers, of carers, of small producers is not valued as it should be. We all know that.

Over the gift of these past two years I found that the more food and government scandals that emerged the more I could take pleasure in finding ways to make our home a little centre of production and self sufficiency instead of just a consuming one.

It dawned on me that every meal I cooked from scratch, every loaf of bread we baked, wood fire we lit, kettle we boiled on it and every time I went out a picked or pulled a vegetable from my own back garden where it grew without a chemical spray of any kind and travelled the shortest imaginable route from garden to hand to pan I was going against the rules, the plan and honestly it felt great.

Clearly not everyone can be at home or wants to be but everyone can do something in this regard that I promise you will not only feel great but is a way of making a valuable contribution, of taking back some control, of sticking two fingers at the man. And if you don’t want that, why don’t you?

So here’s my list of radical homemaking thrills. We don’t do all of them all of the time and we don’t do all of them well. There’s plenty of room for improvement yet but every time we do these it gives me this great feeling I can barely explain as much as I’m trying to. I think it’s just something about being human that was lost but is slowly, tentatively being found again.

Did you ever think of how the seeming simple act of just cooking a meal from scratch turns you from a consumer into a producer? Once I realised this cooking gave me even more pleasure and that’s saying something.

I think I must have known this deep down, a leftover memory from another time. 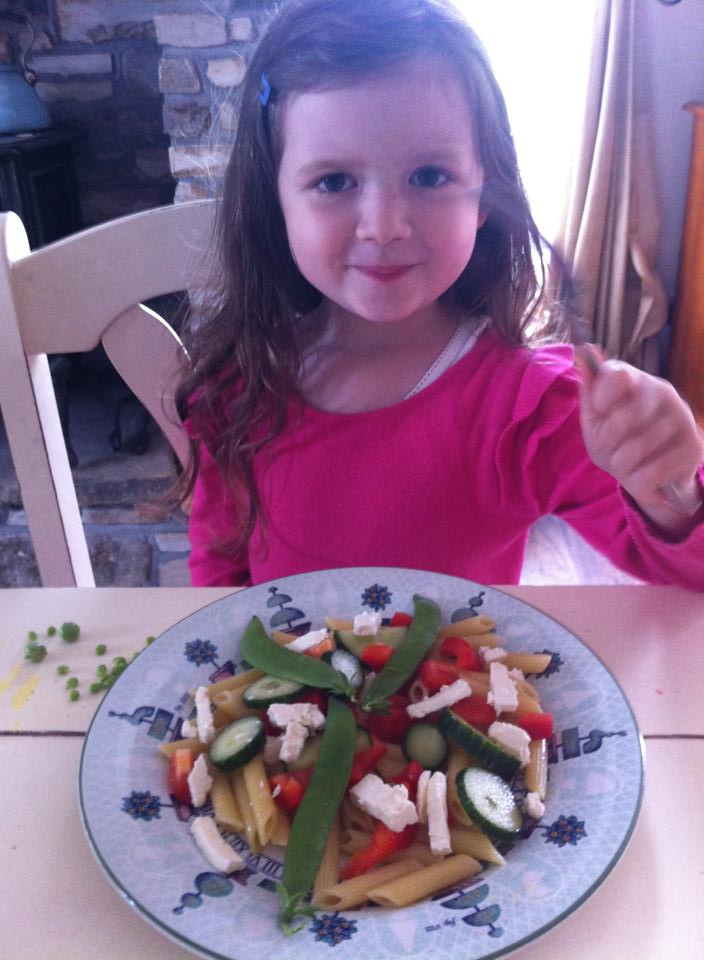 Nigella Lawson said in one of her programmes while making some sweet concoction, something like, ‘Yes there’s a lot of sugar in it but at least I know how much and I know what else is in it too!’ Cooking it turns out is a radical act of the highest order because it leaves the power in your hands instead of with some faceless conglomerate somewhere.

I admit that all of these are hard work and take a lot of time but the benefits are immense. Think about it. It gives you power and control, your food/meals taste a million times better, you become a better cook, your health improves. You start to lose your taste for rubbish food, animals and the planet benefit by an increasing lack of demand for out of season food and rubbish food. You develop a new respect for nature, trust me you can’t help it. You become more in tune with the natural world and the connectedness of everything in it.

There’s so much anxiety in grocery shopping these days don’t you think? What’s in it, what’s it been sprayed with, is it safe, is it killing us?

With your own food what you get is this overwhelming sense of relief and pride and excitement and that’s hard to put a price on. It still makes me laugh to think of the time before we got married when Adrian said he had a surprise for me. I was excited to see what it was.

The last thing I expected was a great bunch of garlic and carrots! But I found I was really delighted with them so the change was happening even then without a conscious thought. I think I couldn’t believe he had grown them himself, it just seemed amazing! If I had my way we would produce all our own and buy nothing but you know we’re doing what we can. Hopefully over time we’ll do more. 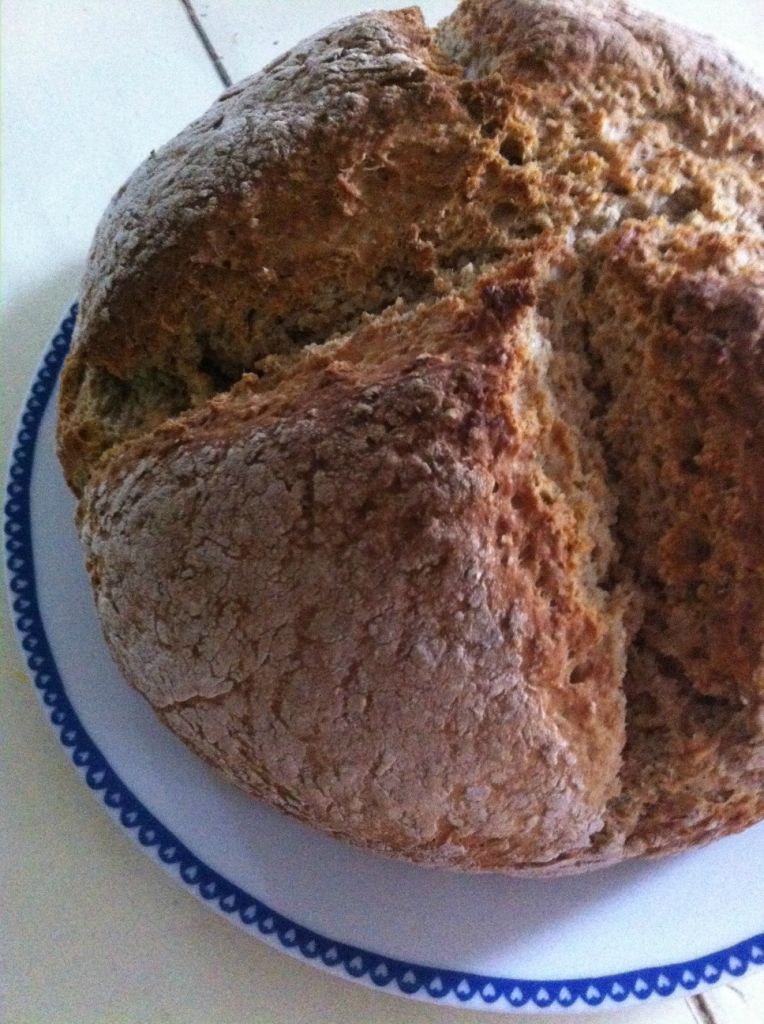 Right now I have a freezer drawer full of blackcurrants just waiting to be jam. I’ve just taken a brown soda bread out of the oven, I’ve a hill of courgettes, cauliflower, sweet potatoes, peas, spring onions, celery, fennel, parsnips and broccoli, a fully stocked herb bed with a glut of basil and parsley I’m  going to turn into pesto.

I’ve a few plums, a few apples, a few blueberries and a little greenhouse of tomatoes, red peppers and aubergines! We’ve just a little of everything but it’s enough to dramatically cut my grocery shop as I plan our meals around it.

The children have had an amazing summer ‘helping’ Daddy with digging and planting and watering is you know serious fun. They take for granted walking outside and helping themselves to strawberries, blackcurrants, peas, tomatoes and herbs. I credit this with the fact that they also love to eat raw veg and healthy food. It’s always in front of them, right under their little noses and they’ve been involved from the planting stage on. This makes me very happy.

So the revolution is a quiet but a growing one. It’s coming from the home front, the invisible homemakers, carers, mothers, small producers, the unemployed, the retired, the parents of young families struggling. It’s been inspired by austerity, poverty and need but also by growing consumer dissatisfaction, interest in health, knowledge of food and a greater level of enlightened consciousness of the planet, the seasons and all living things.

So as hard as it is don’t feel too bad about your dwindling budget, it’s not your fault no matter what they try and tell you. Take heart in all the good you’re doing just by leaving ‘stuff’ on the shelf and cooking yourself. You’re making a difference that’s being felt. Now that’s a revolution.

So what about you? Where do you feature in all of this or do you plan to? I’d love to hear your thoughts and ideas. 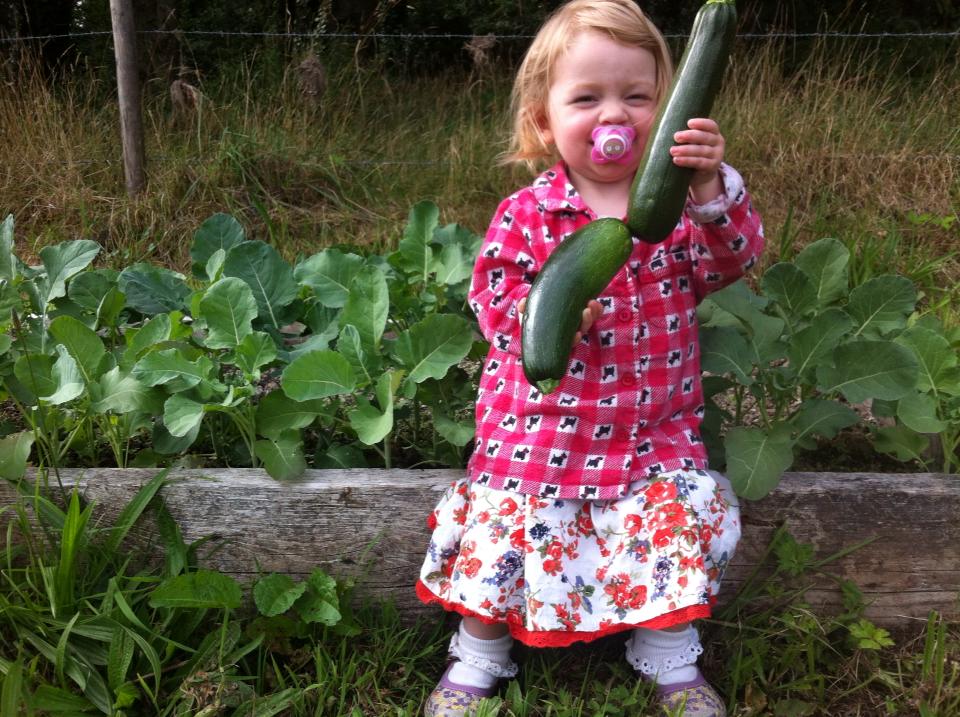 24 thoughts on “Our Home Front Revolution”