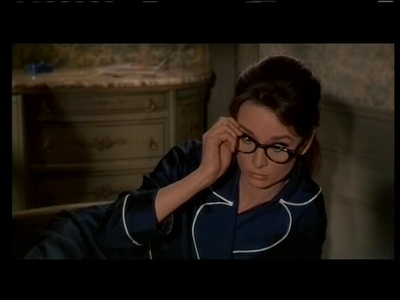 I’ve been feeling great since finishing the book which is just as well because yesterday I was reminded that someday I’m going to die. I had an appointment for an eye test. I hate appointments, not just of the medical variety, all of them, even the supposed nice ones like getting my hair done. A day at a spa is my idea of hell.

When I was getting married I resisted the triage of tan/hair/nails quite successfully but in the end my sister did my nails for me as I cringed and jumped about my mother’s kitchen.

I put this down to being a HSP (Highly Sensitive Person) that’s a thing by the way, a bit of an oddball, naturally, and to just wanting to be left alone. What can I say? I can’t bear anyone at me.

I only agreed to the eye appointment because they wouldn’t give me any more contacts without it. Fair enough, it has been years, the jig was up. I then put it off for another two weeks despite having no lenses left and glasses I not only hate wearing but are so scratched I can’t see anything with them, see.

But back to yesterday. I was never asked for my age during an eye test before. ‘What age are you Jane?’ I instantly thought, Omg something’s up.

‘40’ I say, waiting for the bombshell I feel sure now is coming. For a wild moment I imagine she might tell me I’m going blind. I already feel blind without lenses in and my next thought is the book, thank goodness I’ve written the book but what about more writing and reading, because they might look good on the outside with their green and their gold and their trillions of atoms and cells that were formed in the core of a star billions of years ago, but they’ve never worked properly. I’ve worn glasses since the age of eight what now if they’re really giving up?

She goes on to explain in a way so you know that she does this a lot and it’s always a kind of a shock, not only for people who’ve enjoyed good vision but also to those who have not, that age related degeneration has begun. What already? So soon it seems.

It will be a bit of a juggle in five or six years, balancing my naturally bad eyesight with the age related degeneration everyone shares. Reading and writing with lenses will become a problem but my everyday vision will always be better with lenses.

Five or six years. Why that’s nothing. What a nuisance. Train journeys come to mind, damn, I’ll have to wear glasses for travelling. No thought for the increased likelihood of falling into the gap between train and track only for reading and writing. Speaks volumes doesn’t it?

So it’s ok, not exactly a wake-up call, another reminder not needed is all. Its ok, all I’ve got is mortality. Ah, it is sad, but everyone’s got it, if they’re lucky. I’m going to die, not now obviously, not before another sixty years or more I’m thinking but still, and then it comes to me again, thank goodness I got that book written.

3 thoughts on “Seems I’m Getting Older”