To Live In A Wild Place – New Flash Fiction Story 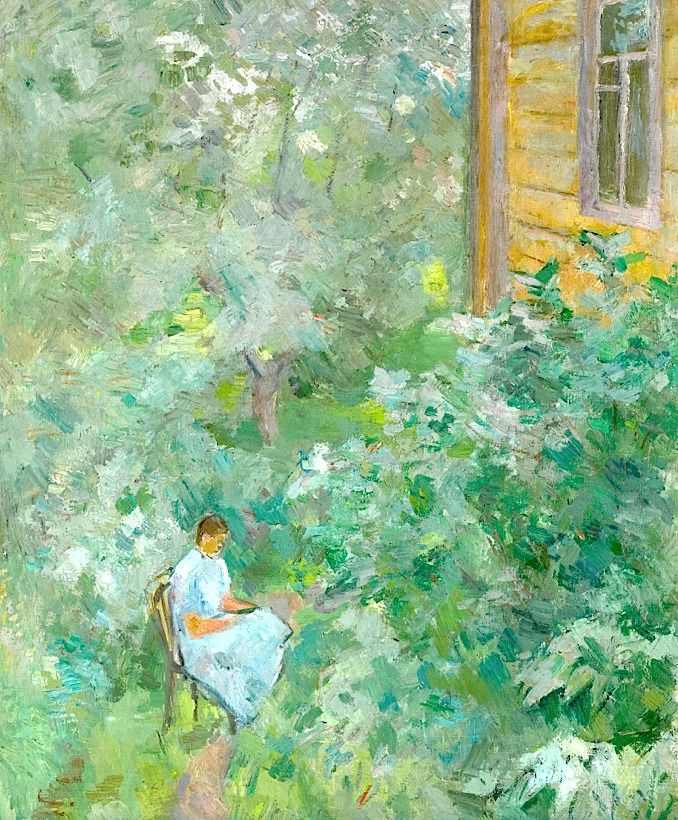 She’d had this dream to live in a wild place. When had it started she wondered? It hadn’t always been like this. When she was young she had wanted different things, money, career, to be anywhere but here. To be somewhere with a pulse, where things happened, not buried, drowning in the dregs of another time not hers, not even theirs.

As the years passed the desire remained but the way changed. One day she woke up, or had it been a slow awakening? And she realised you could be free anywhere so long as you had a corner, even a small corner, a small house and a garden if possible, if not then a corner within yourself, in your own mind, in your own heart.

The house of her heart would be barely visible, a few tantalising glimpses, a stream of chimney smoke, a glint of window pane when the sun shone, nothing more. No drive, that was very important, but a hidden path winding behind a locked gate, green with lichen and moss. A stone wall or a living wall, thick with holly and whitethorn and gorse.

She’d known little about gardening and she had little in the way of physical strength so her plan would be one of abundance, she would keep planting. She would foster a survival of the fittest plan, some things would thrive, some would fail, but even in the losses new life would spring.

All things returned to the ground.

She would keep planting and help would come quickly, bees, birds and butterflies, hedgehogs, hares and foxes, thousands of insects, abundance begetting abundance.

As for people, no one would knock at the door uninvited, perhaps they would think her a witch and be frightened, she liked this thought too. But no ticket sellers, god pushers, curtain twitchers.

In the end she had the dream for so long it came true. She dreamed it into existence.

It took time, a long time and then it was real and much harder than she’d expected, for it was hard work, the solitude, the house, the garden, and she still had a tie to the outside world, at first.

Resenting it did not sever it, thinking did not help it, knowing did not end it. Creating her world, that was the secret. 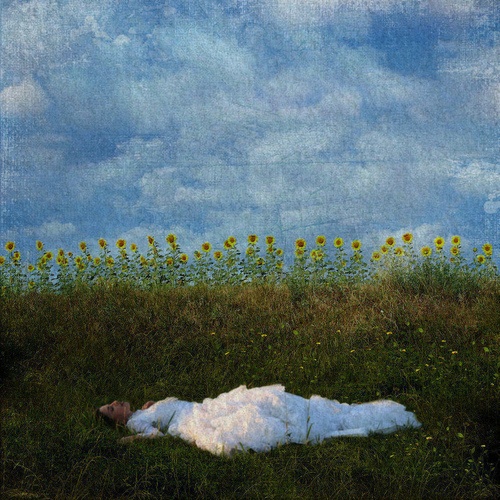 In time the garden and everything in it taught all this, how to ponder the infinite through the ephemeral, the nature of all things including herself, going to die yet still part of the infinite.

At first it was frightening and sad, then she came to accept it, the letting go, the rightness of it. It was always amazing. To look at the smallest flower, to see the sun rise each day became more precious, more thrilling, more awe inspiring than….well, it was awe, it was radical living.

At last the day came when she never had to go out again and no one ever came in, aside from the few trusted friends as good as the garden itself. These she saw when the need to fill the well came upon her, when the ghosts rose up, when solitude was too much. She would gorge herself on conversation and human touch and spark of souls and feel all was made right again, she was made right again. When they were gone she was tired, satisfied, smiling, inspired, drained. That was enough, solitude was good again. Anything she needed, it was very little. Any work she couldn’t do herself, she could arrange. It was not so difficult in the end.

Meanwhile the outside world thought she’d imprisoned herself, hid herself from a life, from the world. She could hear them whispering; ‘Poor thing, A recluse,’ ‘Keeps to herself’ ‘Dances to her own tune,’ ‘Odd.’ ‘A loner’ ‘Wicked,’ ‘Not well.’ To her they were the prisoners.

Once disappeared in the house she began to disappear herself. It was gradual, she was surprised if she caught her reflection, at the face looking back. It suited her, the invisibility of old age was just more freedom, for a woman especially. Only she rarely had to think about it, what would she think of it for? She still liked to wear a nice dress and feel good but for how it made her feel, on the inside. She never had to think of how anything ‘looked’

In old age she became stooped from so much work, growing, planting, writing, digging, reading, harvesting. And the thought had come of being pulled down, but not yet she’d said, not yet.

Finally the day came she knew she was going and holding fast to what her life had taught her she let go a little, but they would come eventually, too soon she fretted. Had she done enough? Yes, she’d make sure of it. She’d made her bed in ecstasy, she lay down in it now, it was warm and pulsing with life…somewhere with a pulse, she remembered happily. The trees she’d planted and everything else huddled round, swaying, saying, we’ll take care of you now. Thank you she said.

‘Oh look at that garden! And there’s a house!!! You can just about make it out. Wow, what a cool place, I wonder who lived there?’ ‘An old woman, a loner, a witch they say. Never used to come out, never did come out. Haunts it now they say.’

‘What do you mean never came out?’ ‘They never found her, she just disappeared.’ ‘No body?’ ‘No, not a trace. Of course they don’t know how long she’d been dead.’ ‘But that’s awful!’ ‘Maybe, but I think she’d have liked it that way, kind of cool when you think about it.’ ‘But they searched the garden surely?’ ‘Yes but look at it, what would you find in there, it’s a bog, a wilderness.’ ‘How mysterious.’ ‘Yes, and good on her I say.’ ‘You don’t think it’s sad, or that she was lonely? Or scared?’ ‘No, I think she was one of the lucky ones. I’d like to buy this house one day. That’s my dream…’