Too Much Emphasis on Sport in Schools 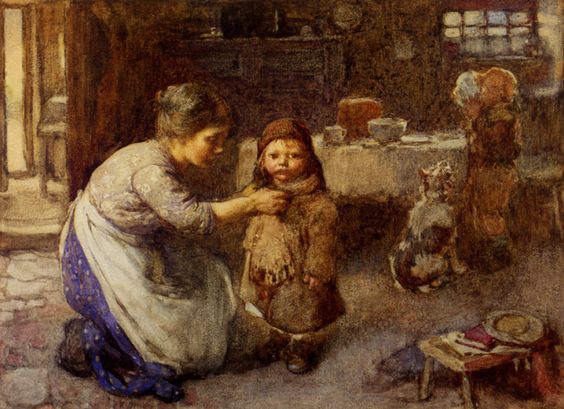 A dull still morning, no birdsong, no colour. Little S came in around dawn, not feeling well, flushed in the face. During the night we’d heard her talking in her sleep about points. They can earn, win, or lose points at school for different rewards and behaviours. She’s six. I told Adrian, not for the first time, that school life will be the death of me. Every day some heartache or other.

Just yesterday I had a chat with middle S’s teacher because she wanted her seal of approval to bring a book or drawing things outside at break. She doesn’t want to play football or stand alone doing nothing, getting kicked at or hit with stray balls. As you might expect the teacher was fine with it, but then word came home, the headmaster said no. Seems he wants them to ‘run around’ during break. Pause to imagine my face.

Sport dominates school and life here. Meanwhile other equally worthwhile and valuable pursuits are shoved to the sidelines. If they get a look in at all. The message is sport, extraversion, team activities, these are what’s important, what’s valued. And to what end? What cost? I mean aside from the obvious benefits for those who enjoy it? I’m not talking about those people people. I’m talking about the rest of us.

While I was with the teacher the children were lining out for basketball. Plus they have swimming on Friday’s now. This is all during class time. And I know they’ve had football during school hours in previous years, and no doubt will again. I’m not saying there’s anything wrong with that, I’m just saying there’s enough of it. It’s not for everyone, some children hate it, and the stress of having to do it when you’re a child like that outweighs demonstrable good. If mine or any child wants to read or colour at break I think they should be let. And they should get points, stars, whatever carrot is going, for being able to stand on their own two feet and say ‘I don’t want to play ball! Even though everyone else is.’ Because that’s another side of it, that many go along, because they don’t want to be left out. I bet if S had brought books out, others would soon have done the same.

Chatting with my eldest (21) at the weekend, she remarked how it’s bad enough for girls like us, but surely a hundred times worse for boys who just aren’t into sport, because that’s what we expect of boys, isn’t it?

Anxiety levels in very young children is a growing problem and it got me thinking, what if the problem is only that these are the children of now, of this time. In short too smart, too evolved, too woke for school as we know it? Our school system has always been an assault on intelligent children but when you take evolution into account? After all school is a 19th century construct, designed for a world that no longer exists. Children are different, school isn’t. ‘In my day’ some old people say. But they’re talking about corporal punishment. Ok yes, we got rid of that, took a while though.

If you’re a person who’s found fulfilment and joy in a sporting life, in school life, then great. I would never deny you. But you might consider what it’s like for the rest of us. I admire the work ethic, skill in any field. What I hate is the dominance, and the damage. And if you truly love it you might consider too, the horror it would be for you. If you were forced instead to read or write or paint in break, every break. If art was the driver in school life, if everyone you knew would throw books at you instead of balls. If your identity was measured by artistic prowess, by reading and writing ability. If being an artist made you cool, some kind of, hero? Or just someone who could be themselves… Wow, imagine.

The sun came out by mid-morning, gentle, golden. When it comes to a patient the face never lies. It can be pale or pink, this one was pink as calamine, but more vivid. She hates the white calpol. In vain we protest, ‘but it’s made with strawberries!’ ‘They must have been green,’ she replies. By afternoon it’s raining. I have my sick child and my nephew, my new blog baby, Cuan. He’s nine months and cute as a button. It’s not easy being nine months either but how much easier to care for a child that age! I’d forgotten. It’s exhausting certainly, but with effort and intent you can be absolutely brilliant at it. With older children it’s the emotional work that’s important. Like all mothers I am terrified of dying. I don’t think they’ve ever needed me as much as they do now, until they do again. I want to always be there. And at the other end there’s Shaylyn. Turning 22 soon, graduating soon, working and thriving in Dublin. It gives me the greatest happiness to think of her. You still worry, of course, but it’s different. The house is quiet by ten, the night is black and wild with wind.