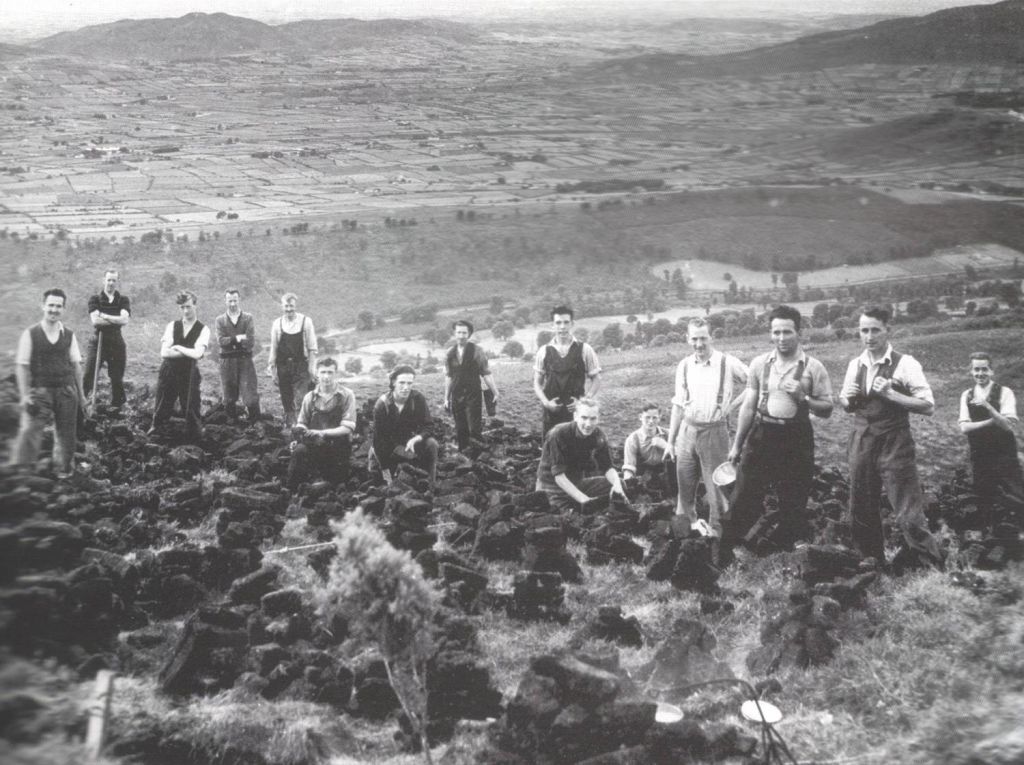 As the nights grow cold we will again be lighting and gathering around the fires.

If you find yourself out at dusk on a crisp autumn evening and you catch that turf fire smell you might not know it but you are filled with the comfort and memory of generations.

Any country person will have memories of turf and the bog.  Turf is a part and parcel of our lives, going to the bog, ‘footing’, ‘clamping’ and bagging turf, bringing it home on the tractor (the fun part), unloading and filling up the shed in time for winter.

Other memories too…. waiting for a good spell of weather in summer, then the rush would be on to ‘get the turf’ because you have to get it dry or it won’t burn.  Every young and able bodied person would be recruited, food and flasks of tea loaded and winning the turf before the weather changed the aim.

Remember how you were always told and felt it true, that bog dirt was ‘good clean dirt’ and how food never tasted so good as it did on a clump of heather with the wind and sun scorching the head off you, black fists of tea and sandwiches, aching backs, lark song and the mountain, grasses, ceann amhan (cotton like white plant) blowing, ever rolling stiffly for there’s not much shelter on a bog.

Reluctantly then, back to work, sinking your hands into that ancient earth moulded from trees twisted and life, from time itself. Sometimes hard as coal, cracked and dusty or god forbid wet and black and death cold to the touch. Turning, lifting, building and bagging, the great enterprise of the ordinary man getting ready for winter.

Now winter do your worst for the turf is home and the parents and the grandparents sigh with pleasure for their role is fulfilled, and whatever happens we will all of us be warm come winters storm.

This is all true and of course as children we didn’t know that any of it mattered or what it meant to the grown ups.

We could scarcely imagine then the central role of turf  when our parents were children, when turf was not only the comfort but the very life of every home, when the turf fire was the only source of light, heat and food.

From the time a house was built till the day the walls came down the fire never went out.   To go into a house and not see a fire was un-imaginable, the turf fire was everything.

‘Every evening the family gathered in a circle around the fire, listened to the crickets singing in the walls and watched the great theatre of flame, as the night drew in and the shadows longer you could see all kinds of everything within.” Nora (Fox) Gilheaney (in conversation) 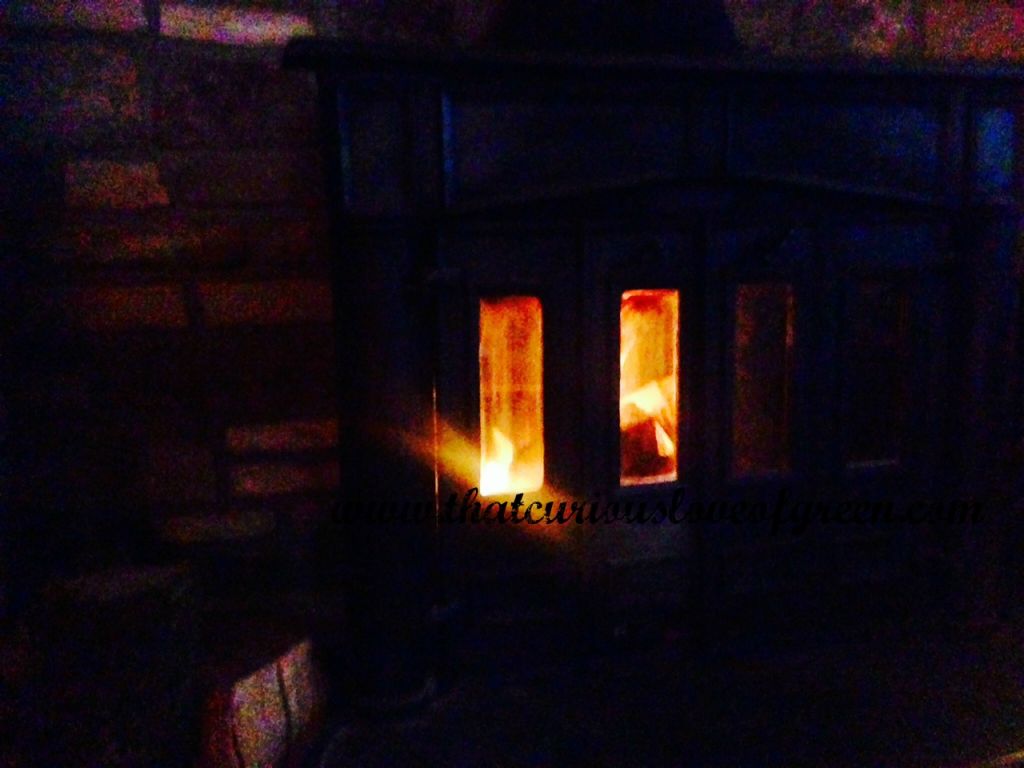 Song of the Turf Fire

Draw in your stools good folks for heating and gaze into my eyes and see what sets the kind heart beating where the lonesome cricket cries.

I was the beam of the crooked heather, I was the moss that grew, but time hath moulded us together beneath the years of dew.

I kissed the elves feet in my branches and trembled at his tramp, ages before my purple branches were cut to make a clamp.

I have surprises hid for showing time, hid them in my heart where by a small streams endless flowing I felt my youth depart.

I hold the past but I will show it to the Irish faces only, folks, if you like me you will know it, when the cricket makes you lonely.

Turf & The Bog Explained  (for those who don’t know what I’ve been talking about here!)

For anyone who doesn’t know, turf is cut from the earth, it is a compression of trees and vegetation over thousands of years in areas of land common in Ireland called bogs.  These days some bogs are protected and no one is allowed to cut them anymore but in the past turf was the only source of fuel for people and even today it is common, popular and  controversial.

‘Winning’ the turf is not straightforward as first it has to be cut, now done by machine but used to be done by hand.  The next stages are all about getting the turf dry, it has to be dry or it won’t burn.  This is no easy task in a country where it rains as much as Ireland!  Each cut piece or ‘sod’ as its called has to be turned over (by hand)  left to dry and then perhaps turned again (depends on the weather).

The next part is important because if you can get it dry enough to lift off the ground then your chances of getting it home are much better.  The turf is ‘clamped’ lifted (see the black and white photograph at the top) and built into little structures of criss-crossing sods.  As soon as they are dry enough the turf are taken home and stacked in the shed or barn for winter.

To be perfectly straight with you, nothing smells so good as a turf fire, put it on  your bucket list today : ) 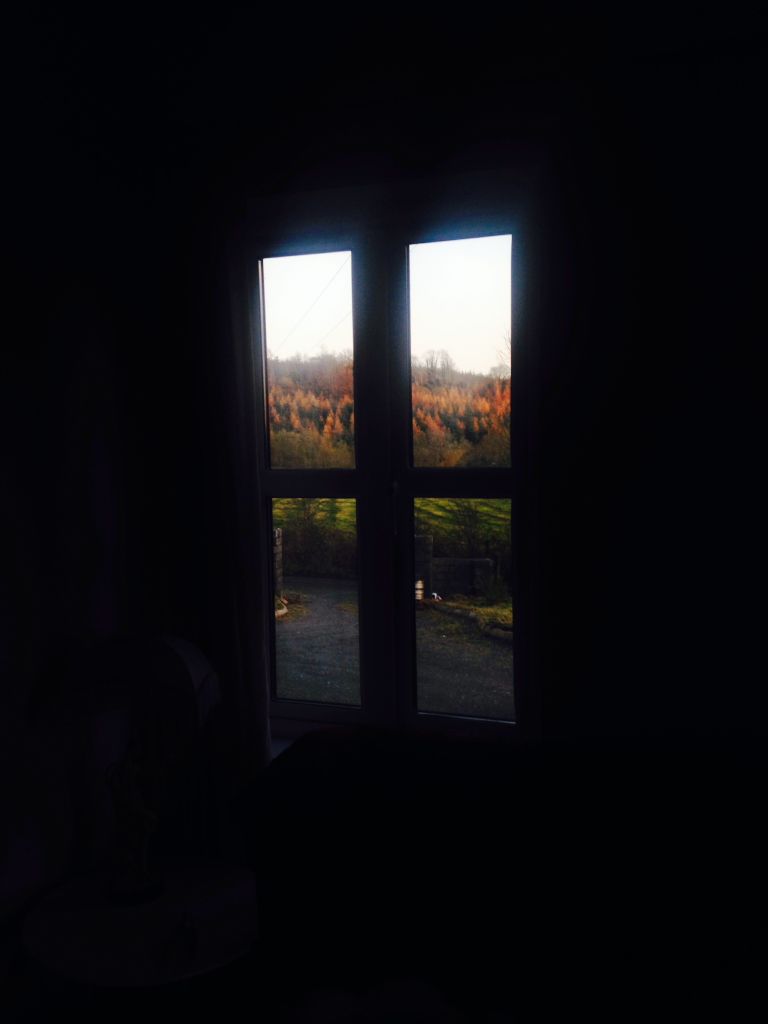