Hello all I hope your Monday is treating you well and that you are free, making your own choices and not being harassed, abused or bullied. Big hopes for today.

Since my last post I’ve been to see ‘Twelve Years a Slave’ a powerful and at times harrowing true story of a free man, kidnapped and forced into brutal slavery in 1800’s America.

To be honest with you I would not have gone to see this movie had a friend not wanted to and asked me to go. However, as I do love movies, chances to get to the cinema and heard only great things about it I thought, ok, I’ll do it.

You see I generally choose not to watch cruelty while injustice makes me apoplectic with passion and rage to the extent that I’m physically affected, I’m talking sick here. As my Dad would say about such things, ‘it would make you want to cleave.’ 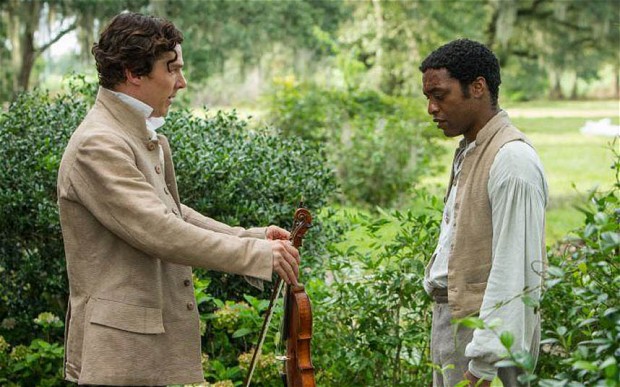 While this is a culturally important movie and we should never forget these instances of mans inhumanity to man, for me personally it’s a bit like the drink driving campaigns on tv. Studies have shown that the people most affected by these ads are those who would never drink drive themselves, while those who do drink/drive recklessly are unaffected. In that case the hope is that the ‘never woulds’ might hold some influence with the ‘don’t cares’ but I’m not sure this works in this case. Let me explain.

My overwhelming feeling while watching this movie was unease for the world we live in right now and for the freedoms we all take for granted.

The problem is that slavery isn’t history. Slavery, racism and trafficking are now rife in the world, all around us. Personal freedoms and rights are not safe so long as any one would want to take them from you because of your race or gender or for any reason. All these things can be taken away and they are taken, ever more in times of growing inequality the likes of which we have today.

Just this week a new law has been passed in the United Arab Emirates that requires women to breastfeed their children for two years. If they can’t do it a wet nurse will be provided. If they fail to do it they can be sued. This is now law. Read about it HERE. This is not about children or what’s ‘best’. This is about control, subjugation, denial of choice and personal freedom and what’s worse is that a great many comments on this news consisted of women justifying their own personal reasons for not breastfeeding. As a woman it goes to the bone for me when women don’t support other women at any level.

This was evident too in the chilling story of Patsey in Twelve Years a Slave. It was Patsey who stayed and will stay in my mind long after the rest of the story has faded and that’s as it should be. It was she who suffered most, because she was a woman, at the hands of, not only the master but also the mistress of the house. Her only crime, her beauty, her youth and of course her sex in a world of slavery, patriarchy and religious zeal left her utterly alone and friendless, denied even the basic rights afforded to the other slaves.

What has this to do with historical or modern day slavery? Everything. Rights are being eroded all over the world, little by little, and this breastfeeding law is just one current example. In my view every erosion of choice is a threat to mine and your rights, men and women. You know there are people, powerful people with influence in governments who think clean drinking water is not a human right. If it’s all about money and power at one end (and we know it is) the only hope is unity at the other, that’s us by the way, at the bottom end of the scale.

Want to join me in a cleave? Oh… how I would love to cleave but in the absence of my own epic power I will just go on as before. I will go on in the beliefs that come naturally to me. I don’t understand racism unless perhaps in a person so uneducated and un-socialised as to defy basic reason, or homophobia or being anti feminist. I watched this movie and felt the slave owner mentality a mental illness beyond understanding. In fact it’s an insult to mental illness to call it that.

I believe that good and bad people can be found everywhere, in letting individuals stand on their own merit and I believe that as I value freedom, rights and choice I can’t pick and choose, I must value these for all people. We all want the same things. Everyone without exception wants to live in peace with our families, our freedoms.

Watch the move trailer by clicking on Brad’s photo here… 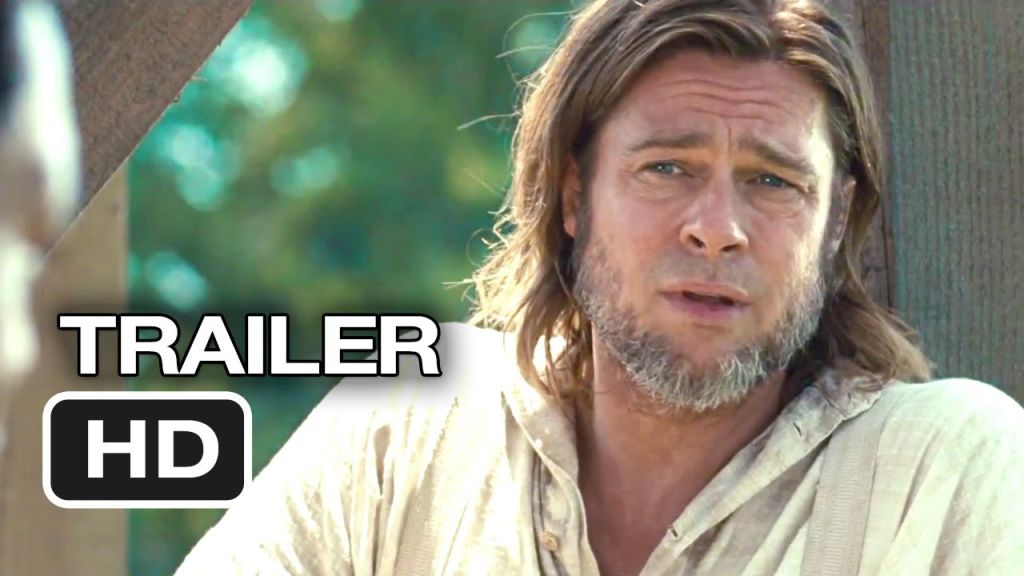 Bass: The law says you have the right to hold a nigger, but begging the law’s pardon… it lies. Is everything right because the law allows it? Suppose they’d pass a law taking away your liberty and making you a slave?
Edwin Epps: Ha!
Bass: Suppose!
Edwin Epps: That ain’t a supposable case.
Bass: Because the law states that your liberties are undeniable? Because society deems it so? Laws change. Social systems crumble. Universal truths are constant. It is a fact, it is a plain fact that what is true and right is true and right for all….

For my tuppence worth how about a law that all children be educated and well read? Boys and girls.Would that not be a good start in life? Oh yes, that will never be a law will it. I wonder why?

Click HERE for an article on the FBI sting operation that arrested 45 pimps and rescued 16 American and ‘several’ international kidnapped juveniles for trafficking at the Super Bowl.

Click HERE for some great quotes on human rights from Goodreads.

6 thoughts on “Twelve Years A Slave”